Corporate political activity in the United States has been a growing and increasingly controversial phenomenon following the Supreme Court’s decision in the Citizen’s United case (2010). In Citizen’s United, the Supreme Court stated that because of freedom of speech considerations, the government cannot restrict political expenditures of corporations. Corporations may have many reasons to contribute and influence political processes, for example, in regulated industries such as energy utilities to weaken the constraints on their business. Nevertheless, managerial implications of covert political investments are not well understood. In particular, do investors support such activism? 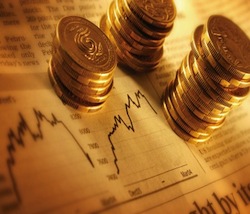 A new study by Timothy Werner (University of Texas at Austin) explores the effect of covert political expenditures through an event study. In a clever research design, the author utilizes the accidental disclosure of contributions to a so-called Super PAC (Political Action Committee) governed by the conservative Republican Governors’ Association. This creates an opportunity to evaluate the causal impact of information about covert political expenditures on the stock market. The study contributes to the non-market strategy literature by explicitly considering the interdependence of the political and financial markets.

The study reveals that, overall, investors view covert political investments as a complement to their more overt efforts to influence electoral politics and therefore react positively to the accidentally disclosed Super PAC contributions. They do so more strongly if the firm operates in a regulated industry. In other words, political investments have greater returns in such industries. However, if the firm’s shareholders had previously put forth resolutions demanding that all political investments of the firm should be publicly disclosed, then being found in conflict with the resolution had a negative impact. This demonstrates how political investments can backfire if the firm’s shareholders are negatively predisposed to such activity. Moreover, the author notes that secretive political contributions may have ethical costs as they may indirectly harm democratic accountability. Thus, such controversial investments are risky because there may be negative reactions by other stakeholders beyond financial investors.

Timothy Werner explains that this paper is part of a broader stream of research following the Supreme Court’s decision in Citizens United v. FEC. Covert political activity is the new frontier in corporate political strategy, and there is a real misunderstanding of what Citizen’s United meant for firms’ engagement in politics and for public policy outcomes.

Interestingly, Dr. Werner found out about the leak of the Republican Governors Association’s 501(c)’s contributors simply from an article in the New York Times.  This led to the realization that the involuntary disclosure of corporate contributions provides a nice empirical research setting to identify causality. It thus pays to read the news and follow what the objects of interest are up to in the “real world!”

Whereas the empirics of this study were relatively straightforward since the disclosure was exogenous, the greatest challenge was theoretical. There was an interesting research tension between the arguments that covert political activity should be valuable for firms because it was hidden and that the involuntary disclosure of covert activity actually resulted in investors bidding up these firms’ shares.  That is, Dr. Werner had to construct a novel theory to explain why firms were being rewarded even though they were losing the competitive advantage afforded by covertness.

This research opens up new research avenues for non-market strategy scholars to explore sub-national political markets (e.g., the U.S. states). Firms may be much more influential on these lower levels of politics. All strategy scholars may find it interesting to consider when firms want to deploy overt versus covert strategies, as well as what the consequences of covert strategies are for firms, their stakeholders, and public policy.

This site uses Akismet to reduce spam. Learn how your comment data is processed.